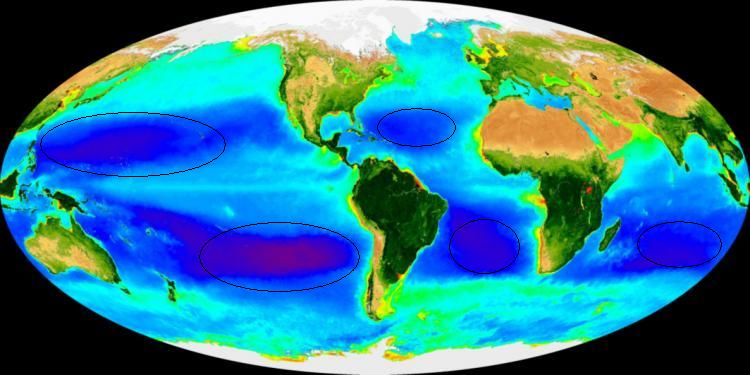 Because of weak inputs of nutrients in the surface mixed layer, chlorophyll concentration always remains low in the subtropical gyres. These weak inputs of nutrients are due to the downward Ekman pumping and to the deep nutricline. The now available decade of satellite sea colour data gives us the opportunity to follow the evolution of the chlorophyll concentration on these poorly-cloudy areas.

Revisiting the 5 first years of data, Mc Clain et al. (2004) show that surface chlorophyll concentration was growing in the southern hemisphere gyres while it was decreasing in the northern hemisphere gyre. The here exposed study uses data over 10 years and leads to the following results: 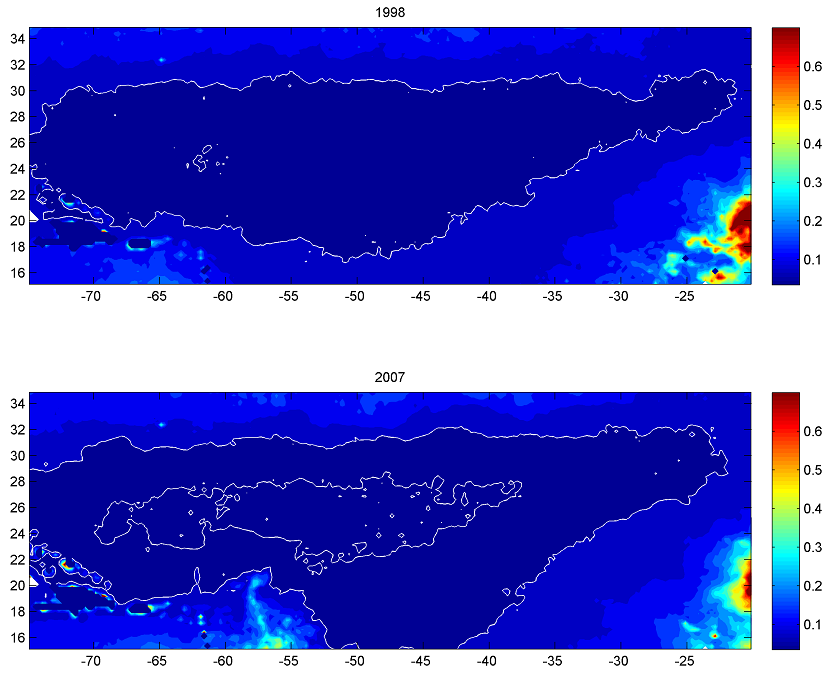 This spatially (basin-scale) and temporally (10 years) widely extended study has the advantage to re-address observations which had been made on narrower spatial and temporal contexts. As surface chlorophyll is a signal which integrates several physical forcings, it is a relevant indicator for global change at a large scale.