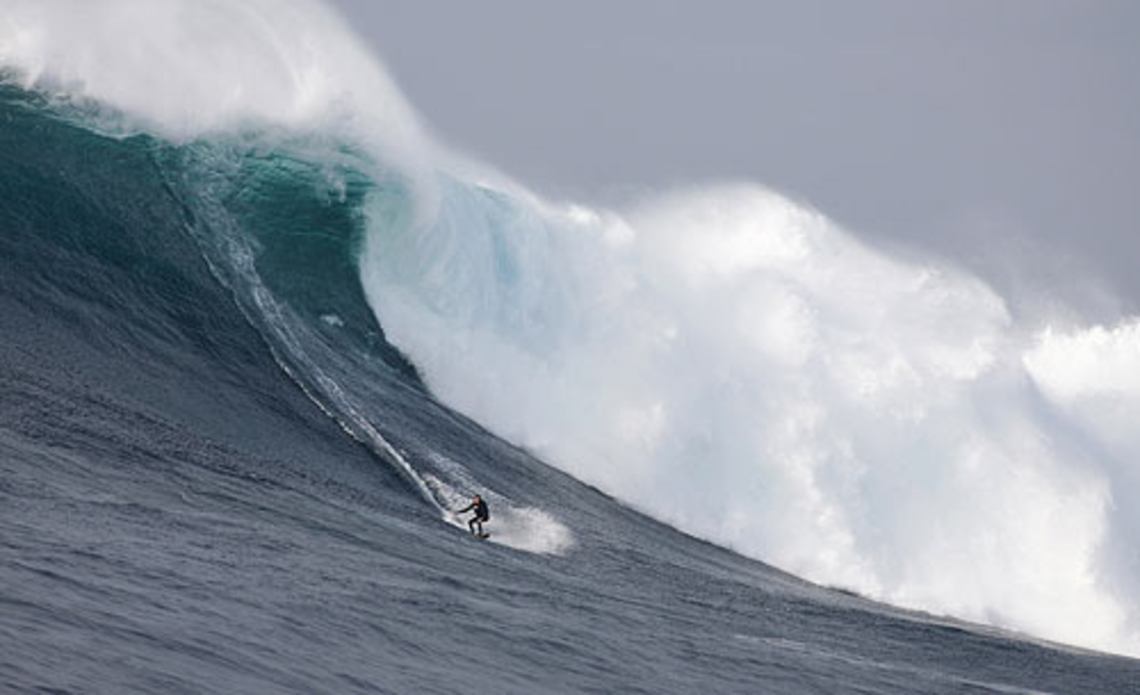 On the afternoon of the 5th January 2008, a team of adventurous surfers was able to ride huge waves at Cortes Bank spot, bringing back these impressive reports and pictures of some of the biggest waves ever surfed on this spot. But swells can be observed and followed also from space using the synthetic aperture radars such as the ASAR instrument onboard ENVISAT on a routine basis. We provide every day animations of the latest observed swell systems over the world and this exceptionnal event reveals how "local" observation and spaceborn remote-sensing can impressively match together.

Cortes Bank, 100 miles west of San Diego in Pacific ocean, is a place known by surfers for having the biggest waves in the world. This spot is known since the 90's and is explained by the encounter of an underwater mountain chain that rises to within 6 feet (2 meters) of the surface with swells generated by huge Pacific storms.

These impressive 75-feet waves pictured here by Robert Brown (https://www.surfline.com/) were surfed around 3 PM PST (21 PM UTC).The closest image computed using the swell spectra observed from space by ENVISAT satellite shows indeed that large wave length swell group (up to more than 500 meter wave length!) was detected (blue frame) and followed coming from north-west, generated by a big storm south of Alaska. The full animation (below) computed over the previous and next days gives a better idea on how they have propagated to Cortes Bank. Similar swell systems generated by big storms all over the world can be measured and monitored daily thanks to this great instrument, and compared for instance to wind observations by other satellites - helping to characterize the intensity of these storms when winds are too strong to be accurately estimated by either models or satellites - or ... surfer reports!

Learn more on how these animations are produced and have a look from time to time to these nice "fireworks" refreshed daily by reading this related page.