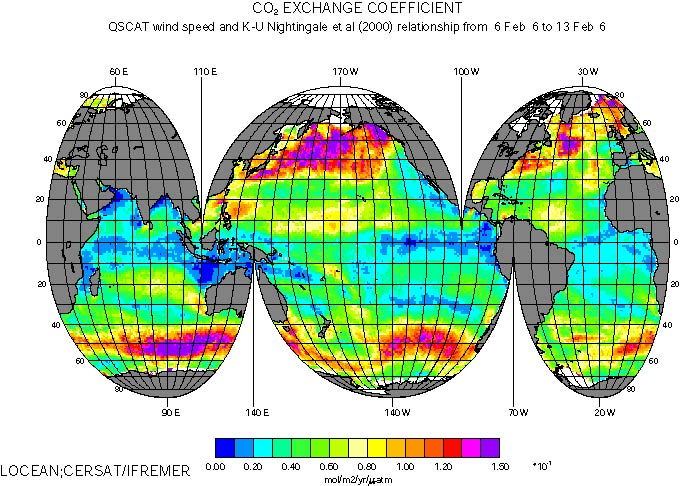 Three global sets of CO2 exchange coefficients corresponding to the above k-U relationships have been computed since 1991 using ERS and QSCAT wind speeds. Global fields of K are derived from the above parametrisations as follows:

In order to correctly take into account the non-linearity of the k-U relationships in the K averages, K is computed for each U10 retrieved at 25km resolution from instantaneous 25km scatterometer measurement; gas solubility and Schmidt number are computed for a constant salinity of 35 and for a sea surface temperature, SST, averaged over 1° and 1 month. The SST fields are the ones generated at the National Meteorological Center (NMC) by an optimal interpolation of AVHRR and in situ data [Reynolds and Smith [1994].